Bill worked as the naturalist and wildlife educator for the Wisconsin Department of Natural Resources at Horicon Marsh for 27 years, where he conducted more than 3,700 education programs for over 220,000 people.  His broad audiences included 66 delegations of scientists from 43 countries.  He also coordinated an international project at Lake Baikal in Siberia, Russia and worked on various projects there from 1991 to 2004.  Since 2002, he has been working in Nicaragua to further bird conservation and is author of Where to Watch Birds in Nicaragua as well as three other books.  He has been leading birding tours to the country since 2014.

Bill has been watching and studying birds for over 40 years and in his travels has sighted 4,000 species on six continents.  Bill shares his experiences and understanding of the natural world through lectures, presentations, field trips and the media.  He has been a regular guest on Wisconsin Public Radio for more than 30 years to talk about Wisconsin birds.  He is also working on several other writing projects that will give these presentations more permanence and reach an even wider public. 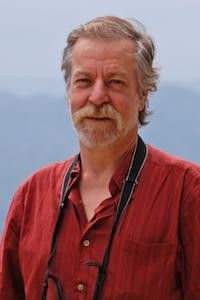