Carl has served on the Observatory's Board of Directors since the board was organized in 2014. He chaired the board until October 5, 2017, when it reorganized after the Observatory incorporated. His current term expires on December 31, 2019.

He also chairs the Steering Committee for Bird City Wisconsin, which he previously served for five years as project coordinator. He is a past president and serves on the Board of Directors of the Wisconsin Society for Ornithology; he also is editor of its monthly newsletter, The Badger Birder. He is program chair for the Noel J. Cutright Bird Club in Newburg. He also is past president of the Friends of the Cedarburg Bog and a member of the American Bird Conservancy, National Audubon Society, Nature Conservancy, International Crane Foundation, Southeastern Wisconsin Invasive Species Consortium, Gathering Waters, Door County and Ozaukee Washington Land Trusts, and Horicon Marsh Bird Club.

Carl retired in 2009 as senior editor for national and international news at the Milwaukee Journal Sentinel, where he had worked since graduating from the University of Illinois in 1971. He is married to Barbara Dembski Schwartz, and they have two sons -- one a special education teacher in West Allis, the other a software engineer in Sunnyvale, California. 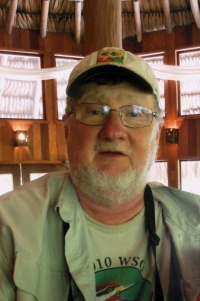