Chuck is the Chair of the Observatory's Board of Directors and the Director of Bird City Wisconsin. He is also a member of the Steering Committee of the Wisconsin Bird Conservation Initiative.

From 2001 to 2017, he was the editor-in-chief of nationally distributed BirdWatching magazine. His articles have appeared in many national publications, and he is the author of two books: Guide to Ducks and Geese, an illustrated field guide, and Wings of Spring: Courtship, Nesting, and Fledging, with wildlife photographer Tom Vezo. His essays about birding have appeared in the books Good Birders Don't Wear White and Good Birders Still Don't Wear White.

Hagner joined BirdWatching after a successful 13-year career as a writer and editor at Time Life Books in Alexandria, Virginia. He has birded in over a dozen countries, and he has been a frequent speaker at meetings and festivals.

Hagner is a member of the American Ornithologists' Union, Wilson Ornithological Society, Cornell Lab of Ornithology, and Wisconsin Society for Ornithology. He is a co-founder of the Friends of Estabrook Park, Milwaukee, Wisconsin. He has dual bachelor's degrees (Journalism and German Studies) from Boston University, and he earned a master's degree (German Language and Literature) from American University in Washington, DC. 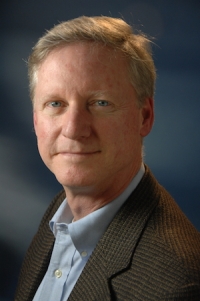