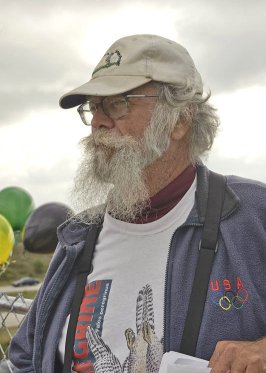 Noel Jefferson Cutright, A well-known and beloved Wisconsin ornithologist, he devoted his life to bird conservation and citizen science. Twice president of the Wisconsin Society for Ornithology, he was the founder of the Riveredge Bird Club in Newburg and the Western Great Lakes Bird and Bat Observatory in Belgium. He was instrumental in the creation of the Bird City Wisconsin program. He was co-author and senior editor of the Wisconsin Breeding Bird Atlas.

Noel worked for WE Energies as senior terrestrial ecologist for 29 years until he retired in 2006. He continued to serve WE Energies in an emeritus position until the time of his death. He served on the boards of many non-profit environmental organizations like the Ozaukee Washington Land Trust, Riveredge Nature Center, the Urban Ecology Center, Mequon Nature Preserve, and Wisconsin Society for Ornithology.

He received numerous awards for his tireless work on bird conservation projects, including a Lifetime Award for Citizen-based Monitoring from the Wisconsin Department of Natural Resources in 2007, Lifetime Achievement Award from the Gathering Waters Conservancy in 2010, several achievement awards from the Wisconsin Society for Ornithology, the first annual Lorrie Otto Memorial Award from the Milwaukee Audubon Society in 2011, and a DNR Special Recognition award in 2013.

Noel was the only child of Harvey and Mabel Thomas Cutright, both deceased, of Hillsboro, Ohio. He grew up in southern Ohio on Fort Hill State Memorial, an Ohio State Historical Society property near Sinking Spring. He met botanists and ornithologists who did research in the park and he helped his father, who was the memorial's superintendent, maintain the property. He attended Miami University in Oxford, Ohio and was awarded master's and PhD degrees from Cornell University in Ithaca, N.Y.

Noel was an avid birder who loved introducing newcomers to the wonders of birding.

He gave programs about bird and environmental issues to bird clubs around the state. He participated in hundreds of Christmas Bird Counts and federal Breeding Bird Surveys and served as Wisconsin coordinator of the Great Backyard Bird Count. He was best-known to many as one of the voices on Wisconsin Public Radio's holiday call-in show about birds.