Bettie Harriman Retires From The Board

Bettie Harriman, one of the Observatory's founding board members is retiring. Her fellow board members and the WGLBBO staff extend our greatest thanks for her years of service and for her dedication to helping realize Noel Cutright's intentions for the observatory.

Harriman previously served on the the board of directors of the Wisconsin Society for Ornithology for more than two decades and received the society's Samuel D. Robbins Lifetime Achievement award in 2014. She was elected vice president of WSO in 1993 and president in 1995. From 2003 to 2014 she was editor of WSO’s quarterly journal, The Passenger Pigeon. In a second long-term volunteer commitment to the Society, Bettie served as the unpaid project director for the first Wisconsin Breeding Bird Atlas from 1994 to 2006 and was one of three editors of the atlas book. She was a member of the steering committee that helped launched the second Atlas project in 2015.

Outside of WSO, Bettie has been a member of the American Birding Association since 1984 and served on its board of directors from 1999 to 2007. She was vice president from 2002 to 2006 and board president in 2007. For many years, she was co-owner, monitor and “mother hen” for the Wisbirdn list-serve, which served the needs of state birders for a faster way to communicate. 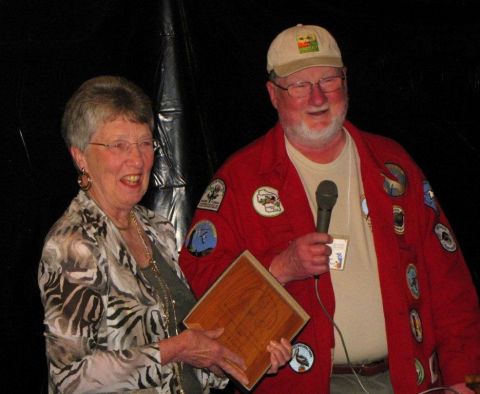