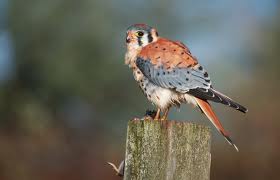 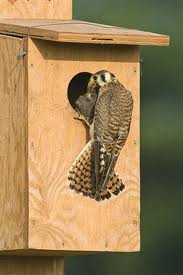 The Observatory has established as its first Partnership goal the establishment of a 100-nest box monitoring program for kestrels in Wisconsin. Already existing kestrel boxes are being incorporated into this program, and additional boxes are being constructed and will be erected and monitored.

If you would like to participate with the Observatory in this kestrel program, either by hosting a nest box on your property or helping to erect and monitor nest boxes, please contact Observatory Project Coordinator Bill Mueller at .

Please see http://www.peregrinefund.org/american-kestrel for more information on the Partnership.

Nest box construction plans recommended for this program can be found at:

Nest box monitoring instructions can be found at:

Central Wisconsin Kestrel Research (CWKR)  https://www.facebook.com/Central-Wisconsin-Kestrel-Research-155834361266530/ has been working on kestrels for almost 15 years in central Wisconsin and is also part of the American Kestrel Partnership. CWKR works with almost 100 nest boxes in two primary study areas and is dedicated to the quest for knowledge about American Kestrels, while providing educational programs to the public. The CWKR web site has a nice photo gallery. The program is run by Janet and Amber Eschenbauch, graduates of UW-Stevens Point. They speak to the public about the kestrel and also lead field trips.

If you wish copies of any of the following papers, please contact Bill Mueller