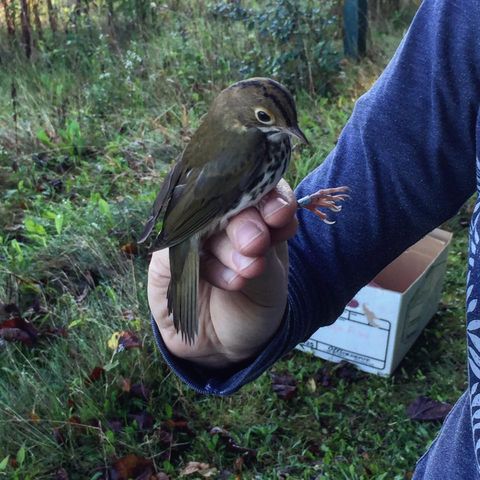 Sixteen volunteers helped our three primary banders to operate the banding station for this year's Spring and Fall migration. Net locations were added in the "grassland area" and in the “oak savanna area". New species captured in these nets include Dickcissel and Sedge Wren. We will likely add more net locations in 2017.

Through our banding we have shown that FBMP, as was intended, is being used as stopover habitat by a variety of migrating warblers, thrushes, sparrows, and other species. Recapture data shows some of these birds remain for a week or more. Jana Viel began banding during the 2016 breeding season, and when we study that data, we’ll better understand which species, especially the migrant species, are also breeding at FBMP